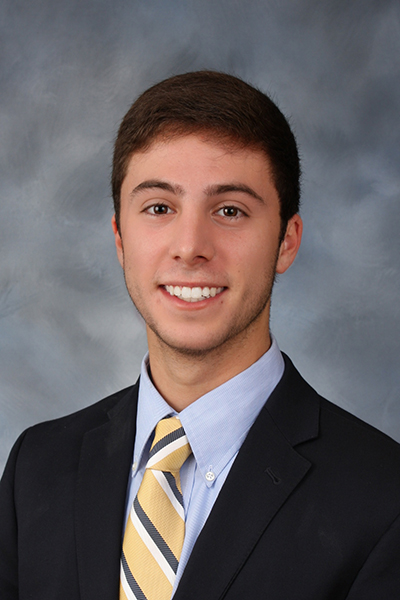 Eric Estroff ’12 attended the George Washington University in Washington, D.C., graduating with dual degrees in political science and communication. While in D.C., Eric worked in both the public and private sectors, including the President's Committee on the Arts and Humanities, the U.S. Department of Commerce and the U.S. Congress.

Following a semester in London, Eric joined the sweetgreen marketing team his senior year. He spent two years in New York City running digital strategy for the food and technology brand, and is now the manager of brand and growth marketing at the company’s headquarters in Los Angeles. He has enjoyed being part of the business’s unprecedented growth into one of the nation’s hottest food brands.

Eric was the youngest recipient of the Captain Planet Super Hero for Earth Award, given by the Captain Planet and the Turner Foundation. His fellow 2011 award recipients included Dr. Sylvia Earle, TV personality Jeff Corwin and former President Jimmy Carter. He also received the Joseph A. Piehuta Award from the National Conservation Training Center for his work with the Green Schools Alliance, as well as the " 20 Under 20" award given by the Atlanta INtown magazine during his time at Pace.

Eric is the brother of Ashley Estroff ’17 and the son of Suzanne Blonder and Armand Estroff.